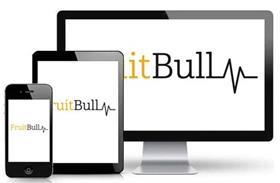 FruitBull, the app that provides real-time pricing information for fruits and vegetables to producers, distributors and supermarkets, is extending its coverage in response to strong interest from customers in Europe and beyond.

“Until recently, users were only able to access information on prices, varieties, sizes, brands and origins was main supermarket chains in Spain but from the end of last year this was extended to the UK and we expect to incorporate Germany, the Nordic Markets and France ahead of Fruit Logistica,” said FruitBull director Santiago álvarez.

álvarez created the app in order to add transparency to the horticultural sector, allowing users to check information in real time and make quick decisions.

He said the firm has set its sights on expanding into markets beyond the European Union and hopes to launch in the UAE by the end of the first quarter of 2016.

“By the end of this year we hope to have launched the product throughout the rest of Europe as well as in the US, Chile and Peru, before moving on to China, Japan, Autralia and New Zealand in 2017,” álvarez says.