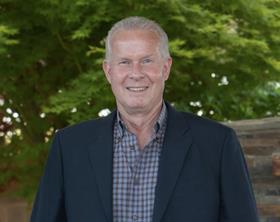 Frutura, the newly formed fresh produce platform, has announced its acquisition of McAllen, Texas-based Agri-Cooling & Logistics in a move that will further strengthen its US presence and holdings.

The modern coldstorage, repacking, and cross-docking facility provides Frutura with a critical receiving and North American redistribution site for its fruit operation in Mexico.

Frutura is a sales and marketing network formed with the acquisition of Dayka & Hackett and TerraFresh Organics in the US, Peru’s Agrícola Don Ricardo; Uruguay’s Citrícola Salteña, now rebranded as Frutura Uruguay, and Subsole in Chile.

Agri-Cooling currently operates a high-capacity refrigeration facility created for and targeted to the unique needs of the produce industry.

It plans to build new ripening rooms for mangoes and over time, other products, as well as extending the capacity of its existing facility.

“McAllen has become a critical US receiving point for some of the most desired fruit commodities and we expect to utilise this facility for our mango, lime, and other key crops from our operations in Mexico,” said David Krause, Frutura’s CEO.

'It is highly strategic and absolutely critical to our mission to provide the high-quality fruit our customers deserve. And quickly. The acquisition of Agri-Cooling moves us that much closer to our ambitious goal of delivery within 48 hours of an order being placed.”

Adding a Texas footprint to Dayka & Hackett’s network of packing and distribution operations in Central California and Wilmington, Delaware has been a priority for Frutura from the start.

The company said the acquisition of Agri-Cooling will be a game-changer for its many customers who need to ship premium produce out of Mexico, cost-effectively and under optimal conditions.