New packing, production and varietal expansion initiatives in the works 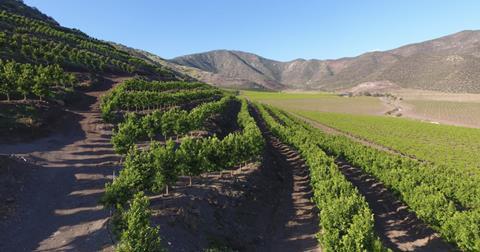 Frutura has marked its first year of operation by finalising the acquisition of major Chilean fruit exporter Subsole.

The acquisition was first announced in March 2022 and with the deal now complete, Frutura plans to accelerate meaningful new investment in Subsole signalling its confidence in the Chilean exporter’s growth potential.

In a release, Frutura said there are a number of new packing and varietal expansion initiatives in the works, but most immediately, the company is laser-focused on adding acreage to Subsole’s existing footprint.

“Negotiations to acquire additional operations are close to being signed, which will exponentially increase Subsole’s export volume as a start, particularly with avocados and citrus,” the release said.

“These pending land acquisition projects go towards the founding goal of Frutura to supply high-quality fruit, in the varieties customers demand, 365 days a year.”

Subsole’s new land will be in multiple Chilean geographies and in different growing zones in an attempt to diversify the company’s supply base and provide greater flexibility to pack and sell.

Frutura chief executive David Krause said there were many reasons why Frutura is bullish on Subsole.

“They all begin with our faith in chief executive, Juan Colombo, and in his team. Juan is that rare natural born leader who has built an extraordinarily capable and committed senior team,” said Krause.

“There is deep bench strength at every level at Subsole and our confidence in this brand cannot be overstated.”

Subsole is the largest Chilean exporter of table grapes to the US, Europe, Latin America and Asia. It also exports citrus, kiwifruit, avocados, cherries and pomegranates to customers in more than 40 countries.

Colombo said it has been an incredibly challenging year for Chilean fresh produce exports with logistics disruption and escalating costs throughout the supply chain. However, he was confident that his team and the new partnership with Frutura would deliver success.

“Our team, from senior leaders to our colleagues in the fields, has worked incredibly hard. Because of their efforts, Subsole now finds itself in an enviably solid position on which to build,” said Subsole.

“When you add to this strong foundation, Frutura’s faith in us, and the level of investment they’re making, it feels that together we’re about to unleash the full power of the Subsole machine

“Frutura saw an opportunity in acquiring Subsole and this week’s closing sees their decision rewarded. What our management team has already accomplished, working alongside David and his colleagues, is a source of pride and a harbinger of future growth for Subsole.”