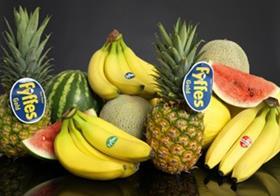 Fyffes has revealed its preliminary results for the full year of 2014, reporting on strong year-on-year earnings growth for the sixth consecutive year.

The increase in turnover in the year reflected organic volume growth in the pineapple and melon categories, Fyffes noted, offset by price deflation in bananas and pineapples.

Fyffes said its key drivers of performance in its tropical produce operations were average selling prices, exchange rates and the costs of fruit, shipping and fuel.

The group reported on what it described as 'modest' operating profts in the banana category, with an improved result in pineapples and a strong result in Fyffes' US melon business.