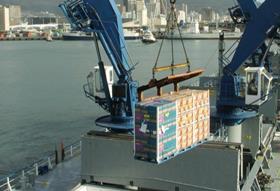 With the delay of docking container vessels in Cape Town having been resolved over the past two weeks, it is expected that shipping companies will soon reverse their decision to exclude the port of Cape Town from their normal schedules between Europe and South Africa.

“On Friday (31 August 2020) a vessel docked after waiting only one day, and yesterday (3 August 2020) a vessel berthed on the day of arrival,” said David Maynier, Western Cape minister of finance and economic affairs. “This is a significant improvement, and if this performance is sustained during next week and beyond, it would mean that the shipping lines could possibly reinstall calls to the Port of Cape Town by the second week of August.'

The possibility of more direct shipping opportunities from Cape Town has been welcomed by those involved in the citrus and deciduous export sectors, who bore the brunt of this year’s delays in Cape Town port.

Growers in the Western Cape region had to ship containers to the Eastern Cape ports in order to meet schedules. The port authority confirmed last week that the effect of Covid-19 on staff had eased and that operations were returning to normal.

As shipping efficiencies at Cape Town improve, the debate in South African fruit circles is already heading towards discussions of long term solutions to the problems that have been plaguing the country’s ports for some time.

“There is still much work to be done,” Maynier continued. “In addition to our existing efforts, the Department of Economic Development and Tourism has recently approved a project to integrate data from all fruit packhouses in the Western Cape into a decision support tool that identifies the best days, times and routes for optimal delivery of containers for export in order to ease congestion in the container terminal.

“Furthermore, I look forward to engaging with the minister of public enterprises, Pravin Gordhan, and the Transnet management team to implement the permanent structural changes needed to make the Port of Cape Town a globally competitive port,” he added.

“Something that we see across most highly efficient container terminals is good infrastructure,' Justin Chadwick, chief executive of the Citrus Growers’ Association (CGA) told growers recently. 'From landside access in and out of terminals as well as the design of the yard configuration and quayside layout.

“The only container terminal in South Africa that actually replicates the design and configuration aspects of highly efficient terminals is that of the Ngqura Container Terminal in the Eastern Cape,' he outlined. 'This is if we ignore the wind and swell effects that impact the port’s productivity.”

It is expected that the debate regarding the long-term future of the country’s ports will only intensify as the experiences of 2020 are eventually reviewed.

There is a large part of the fresh produce export sector that favours privatisation of the ports. They point to efficient ports in other parts of the world which are privately operated.

Werner van Rooyen, operational manager of the FPEF, said that during this time there were some great lessons to be learned.

“We require a paradigm shift towards focusing on Public Private Partnerships (PPP) in South African terminals and especially in the port of Cape Town,' he said. 'Not only will the private sector (exporters) and State-Owned Enterprises (SOE’s) benefit from such a partnership, but also the greater economy, communities and citizens will reap the benefits of increased efficiencies.”

One major benefit of PPPs, van Rooyen noted, was that the return on investment (ROI) might be greater than with traditional, all-private or all-government fulfilment.

Tru-Cape’s Roelf Pienaar has said his company wants to be part of the solution. This view is echoed by other industry players who have noted that the port problems would never be properly resolved unless major structural problems are resolved.