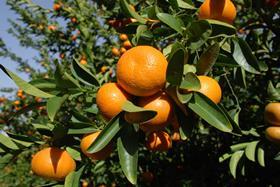 A sharp fall in citrus production in the coming season is being hailed by the Spanish government as welcome news for the national industry and the European market as a whole. The drop is due to the prolonged heat wave that engulfed much of the country during the spring and early summer, bringing record temperatures and leaving several dead.

At a meeting held last week at the Ministry of Agriculture to analyse the start of the new campaign, representatives from the main producer groups presented the latest crop forecasts showing that early season mandarin varieties including Satsuma, Okitsu and Nules are down by as much as 25 per cent compared to last year. Volumes of early oranges – principally the Navelina variety – are projected to fall by 7-10 per cent.

While the record temperatures recorded in the province of Valencia in the spring and early summer affected production of almost all crops to some extent, the impact on citrus has been particularly severe as it coincided with fruit setting.

The Agriculture Ministry described the shortfall as a “tonic for Spain and the European Union as a whole”, while Cirilio Arandis, president of the fruit and vegetable section of the Agrifood Cooperatives Association, claimed it would help relieve pressure on the market.

Overproduction, competition from third countries and stalling consumption have taken their toll on Spain’s citrus industry and although exports have risen over the past five years, this has come at the expense of a sharp erosion in prices in most varieties. Although final figures have yet to be released, the 2014/15 crop is believed to have weighed in at around 6.5m tonnes. The bulk of this went for export, with Europe accounting for the lion’s share of volumes. Germany, France, the UK and the Netherlands were the four biggest markets last year.

Shippers are making inroads into non-EU markets, notably the Middle East, northern Africa, North America and Asia, but overall they still account for a small proportion of overseas sales.