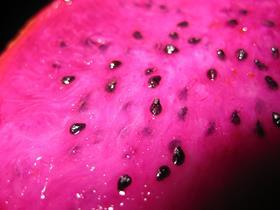 The popularity of dragon fruit, or pitaya, has increased significantly over the past few years, to the extent that exporters in Israel say they are finding it harder and harder to fulfill international demand.

According to exporters, that’s mainly down to the recent growth in demand from UK supermarkets – mainly Tesco, Sainsbury’s and Asda – which reportedly favour the red- and pink-fleshed types grown in Israel rather than white-fleshed versions originating from Vietnam.

A new variety of dragon fruit developed in the country, meanwhile, could allow the country to achieve year-round supply of the product in years to come, allowing it to meet increasing demand on international markets.

Developed by Professor Yosef Mizrachi at the University of the Negev, Desert King is harvested from the end of December until April.

In contrast, Israel’s two main varieties – Bilu and Venus – are harvested from June until the end of the year.

Dragon fruit is grown in Israel by five major producers across a total planted area of about 50ha, turning out around 2,000 tonnes per year – the majority of it for export.