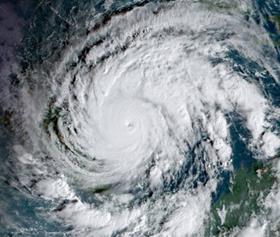 Two tropical storms that struck Central America this month have caused millions of dollars of losses to banana production on the Atlantic Coast of Honduras.

Héctor Castro, president of the Association of Independent Banana Producers, said preliminary estimates showed Storms Eta and Iota had razed more than 2,500ha of production, equivalent to a third of the crop. This equates to more than US$55m in losses.

Chiquita Brands International is believed to have lost a further 1,800ha of bananas, adding up to a total loss 4,300ha. Castro noted that this figure could change as further assessments are made.

In addition to the damage to plantations, more than 5,000 jobs are estimated to have been lost.

“Bananas are the main source of income for many people. This threatens the livelihoods of many communities in the country,” the International Red Cross told EFE news agency.

Bananas are the country’s second largest export, generating more than US$500m in foreign revenue a year.

The shortfall in Honduras has pushed up banana prices in Ecuador. According to a report in Expreso.ec the box price reached US$7.30 last week, well above the minimum price of US$6.30 set for 2020, and was expected to rise even further in the coming weeks.