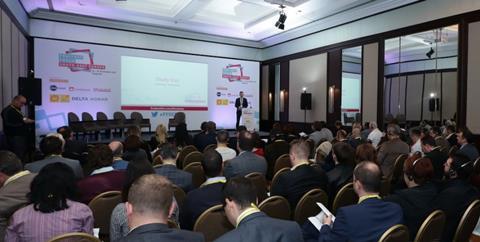 Suppliers and marketers have a “huge opportunity” to develop the fresh produce business in South-East Europe, provided they remain conscious of the need to adapt in order to meet the needs of the market.

That was the stand-out message from the first ever Fruitnet Forum South-East Europe, organised by Eurofruit, which took place in the Serbian capital Belgrade at the end of November, and one which applied both to the potential development of exports out of the region and to emerging opportunities to supply products to customers in the western Balkan region itself.

Many of those speaking at the conference and networking event – including the Serbian Minister for Agriculture and Environmental Protection, Branislav Nedimović – said they believed the region was heading in the right direction as far as investment in south-east Europe’s horticultural sector was concerned.

Ana Kiselcić, operations development director at Delta Holding, one of the largest companies operating in the region’s fresh fruit and vegetable business, said that its produce division Delta Agrar had so far invested €50m into its operations, with plans to spend a further €50m in the coming years. “We see a huge amount of untapped potential,” she commented.

Retail company Delhaize Serbia's fresh category manager Ivan Beloica said he expected fresh produce consumption in the region would grow in line with incomes, an area in which Goran Damovski, chief of party at the USAID Regional Economic Growth project, believed there were solid signs of improvement.

“There are exciting growth prospects and promising opportunities in the western Balkans, but also challenges. We’ve seen a high degree of macro-economic stability, with fixed exchange rates and very low inflation,” Damovski noted.

“The region lags behind western Europe in terms of competitiveness, governance and the overall ease of doing business, but there are clear indicators for optimistic future trends: institutions and governance standards are being steadily improved, especially in the EU candidate countries.”

“An important advantage for the Western Balkans region is its easy and free access to EU markets,” he added. This has been enabled by its proximity to major European markets – linked through pan-European corridors – and the free trade agreements that the countries of the region have signed with the EU.”

Beloica gave delegates a good indication of how the fresh produce market in Serbia itself is evolving, with greater attention apparently being placed on freshness and quality, and sales of products with a clear added value – ready-to-eat avocados and mangoes, for example, growing fast.

“Ready-to-eat is one of the segments that is becoming more and more important [here in Serbia], alongside organic products and berries,” he said.

However, the south-east Europe region does retain particular characteristics that set it apart from other parts of the continent, Beloica suggested: “In Balkan countries, people like to choose the products by hand, so you see a lot more loose product because it means they can choose whatever they want.

“The Serbian market is mainly focused on loose products, more so than pre-packed. If something is pre-packed, then the customer expects to see something additional. For example, if you’re talking for example about carrots, then they need to be sliced or prepared in some way in the packs.”

'Our market here has a high level of requirement,” he concluded, adding that Delhaize Serbia was investing heavily to refurbish its stores, establish a brand new distribution centre and renew its fleet of refrigerated trucks.

All of the presentations from the Fruitnet Forum South-East Europe in Belgrade are available to download from the official event website: www.fruitnetlive.com/forumsee