Impressive start for Capespan in Namibia 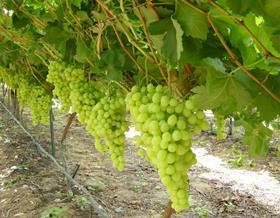 South African produce exporter Capespan has enjoyed a strong start to the new table grape season, with excellent crops recorded in the south of Namibia, according to the chief executive of the group's UK division Ronan Lennon.

'I've visited a number of farms and the quality of the grapes, in particular the Flame and Prime, was outstanding,' he said.

Mr Lennon added that he has been particularly impressed by the large berry size and good appearance of the early grapes: 'It was my first trip to Namibia and I was extremely impressed with the professional way the farms were being run,' he explained. 'Capespan has invested heavily as far as technical resources are concerned and this is now paying dividends.'

The lack of rainfall means that production in Namibia should be more consistent year-to-year, he added, with the added benefits of its proximity to the Port of Cape Town and the quality of the roads.

Namibia began harvesting 7-10 days earlier than the Orange River region, with signs pointing towards a strong season, according to Mr Lennon: 'The fruit should benefit from a good market where red grapes in particular are benefiting from a short supply and high prices.'