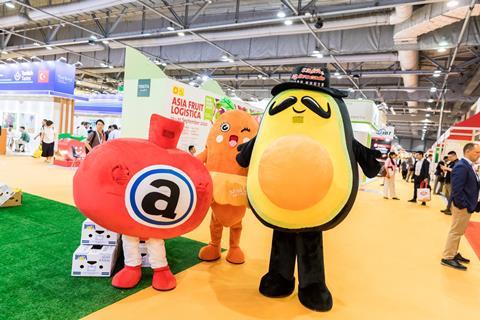 China’s obsession with Mexican avocados looks to be running out of steam this season, causing exporters to consider European markets instead, a leading trader has suggested.

“Mexico’s exports to China are probably going to be down significantly this season,” Thomas Padilla of California-based Mission Produce, a major handler of Mexican avocados, tellsFruitnet.

“The last few seasons, the market has been over-shipped and the Chinese importers have lost a lot of money. Not that long ago, volume per week was around 30 to 40 containers; now it’s more like 10.

“Importers used to be able to move ‘overages’ to second- and third-tier cities,” Padilla adds. “But after 35 to 40 days on the water (and more time in storage), the fruit is not holding up – especially in these new markets where demand is still low.”

In the meantime, Europe has become a preferred destination for the Mexican industry. “Europe’s demand for avocados has really increased – especially for Hass,” Padilla says. “There is a supply gap at the moment; local fruit from Spain has run its course, and South Africa is just barely getting going with their season.”

Totally unacquainted with avocados at the beginning of the current decade, China imported a mere 32 tonnes of the fruit as recently as 2011.

Via social media, however, the country's consumers have become more aware of the fruit’s outstanding nutritional characteristics and have notably begun blending them into health shakes and serving them as baby food.

As of 2018, China’s avocado imports had boomed to more than 32,000 tonnes from all sources, with Mexico enjoying a market share of around 40 per cent.

Mexico, the world’s leading producing nation with approximately 2m tonnes annually, exported more than 914,500 tonnes of the Hass variety to the US last year.

According to the Mexican Avocado Exporter Association, shipments to its northern neighbour are expected to exceed 1m tonnes in 2019/20.

USDA’s Foreign Agricultural Service, meanwhile, notes that Mexico’s avocado acreage increased by nearly 6 per cent to 231,000ha during the 2017/18 season.