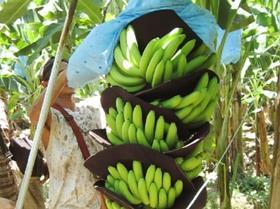 According to Insidecostarica.com, a deal to end the long-running dispute is alsoanticipated by Ecuador - one of themost vocalexporters against the EU's banana import tariffs on Latin American bananas.

'It's been said in this same week that the EU will make an offer, will do something,in February,' Mr Ruiz said. 'I definitely believe that the EU wants to solve the problem.'