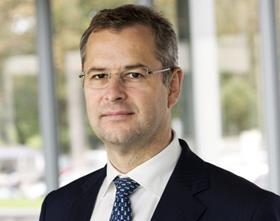 Skou has been brought across from his position as CEO of Maersk Tankers to take up the position vacated by Kolding, who is leaving Maersk Line to become chairman of the executive board of Danske Bank.

'Under Eivind Kolding’s skilled leadership, Maersk Line has undergone an impressive turnaround,' said A.P. Møller-Maersk CEO Nils Andersen. Its competitiveness has improved significantly and at the same time, Maersk Line has set new standards for the industry with regards to environment and reliability. Furthermore, Maersk Line has gotten a much stronger focus on the customers.

'I am very pleased that Søren Skou has accepted the important task as CEO of Maersk Line,' Andersen added. 'Søren is a sharp and visionary leader with strong international leadership experience, not least within shipping. He knows container shipping very well both from the time he worked for Maersk Line but also as a member of the Group’s executive board where he has stayed in close touch with Maersk Line and the industry. He is quite the right man to continue the development of Maersk Line and expand our positions in the market.'