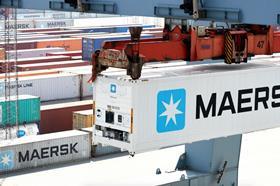 Maersk has launched its first rail service from Xi’an, China to Izmit, Turkey, a new route that is part of Maersk's Intercontinental Rail service network.

According to the group, the route will, in addition to shortening transit time, provide customers with wide network options connecting main locations in China and Turkey with a 'diverse range of pre- and on-carriage services'.

“After having successfully launched our Intercontinental Rail (ICR) service from China to Europe three years ago we have seen increase in demand by our customers for this particular service from different locations across both Asia and Europe,' said Kasper Krog, head of intercontinental rail at AP Moller-Maersk. 'Due to its strategic geographical location, wide industry sector as well as all ambitious initiatives taken by the government to improve the rail infrastructure across the country we decided to launch ICR in Turkey not only for those companies located within the country but also as a link between Asia and Europe.”

Due to a well-connected rail system across the country ICR is providing its customers with connections to Black Sea, Eastern Europe and Southern European countries via the port of Korfez in Izmit, by using feeder network of Sealand a Maersk Company.

The rail express service is set for weekly departures on each Tuesday, subject to utilisation levels.