Mexico resumes avocado exports to US 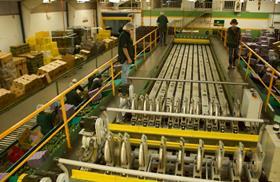 has announced that Mexican avocado exports to the US have resumed with immediate effect.

It follows a decision by the US to suspend imports earlier this month because of threats made to USDA plant safety inspectors by drug cartels.

According to US officials, one of its inspectors received a menacing message on his phone on 11 February.

After a week of intense negotiations between the Mexican and US authorities, Apeam said exports had been restored on the condition that security protocols would be reviewed and strengthened.

“The safety of USDA employees simply doing their jobs is of paramount importance,” the agency said.

“USDA is appreciative of the positive, collaborative relationship between the US and Mexico that made resolution of this issue possible in a timely manner.”

Apeam’s general director, Armando López Orduña, commented: “On behalf of the entire industry, I thank the authorities of both countries for the support received to carry out exports of Michoacán avocados to the US”.

“Beyond congratulating ourselves for having reached an agreement, we want to recognise the mutual will to achieve understanding and we call on all the actors in the value chain and their collaborators to continue working to strengthen, develop, care for and with extreme vigilance, preserve this important export programme.”