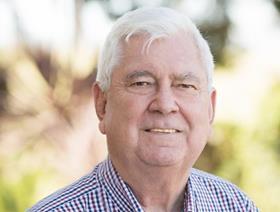 After 36 years with Mission Produce, Ross Wileman has announced his retirement.

Wileman has most recently served as the California-based company’s senior vice president of sales and marketing.

He is particularly known for hiscontributions and dedication to the avocado category, including his support in the development of the world’s first national ripe programme and the expansion of the category overseas.

Wileman played a key role in the continued expansion of Mission’s international business and led the company's sales and customer service teams.

“Ross planted trust, reliability, and drive into the culture of the company, and his calm-under-pressure demeanour served the business on all levels,” said Steve Barnard, chief executive and founder of Mission Produce. “He was highly regarded by customersand was a voice of reason in every discussion. He’s been incredibly successful with Mission and has left a legacy on the category and industry.”

Wileman began his association with Mission as a grower before joining the company as a field representative. He then joined Mission’s domestic sales team, where he rose through the ranks to lead Mission's sales and marketing departments.

“To have grown the avocado category from the very beginning into what it is today, alongside the fun and competitive people at Mission, was my heart and soul,” said Wileman.

“I wouldn’t have wanted to see my career through to retirement anywhere else, which speaks to the type of team we have. They know successful relationships are built on trust and aren’t afraid to put in the hard work to get there. I have no doubt they are going to keep paving the way forward.”