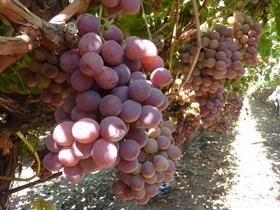 Brazil's table grape industry is anticipating a decline in export volumes this season of 4 per cent. according to data from Chilean analyst iQonsulting.

According to the group, this is due to production costs rising every year, which is in turn affecting the industry’s competitiveness and prompting many producers to choose to market their fruit domestically.

At the same time, the internal Brazilian market is continuing to grow and is absorbing more fruit every year.

Conversely, Peruvian grape exports are forecast to grow by 13 per cent this year (2013/14) in comparison to last season.

This growth is attributable to a higher rate of planting as, each year, an average of 1,000ha are planted with grapes in Peru – primarily Red Globes (70 per cent).

In the case of Chile, water problems persist in the northern regions of the country which is limiting production and therefore exports, iQonsulting noted.

However, in the central zone there is in effect a growth in volume thanks to new Red Globe plantations which are entering into production. To that end, a slight volume increase of 1 per cent is expected against the 2012/13 season.

Among the three countries, however, Peru was the only supplier to achieve a solid growth in sendings, with volume rising 12 per cent. Conversely, Brazil experienced a 12 per cent decline in exports, while Chile only saw 4 per cent growth.