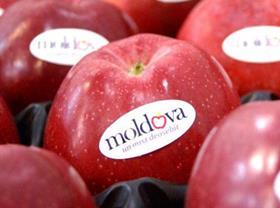 Apples and plums exported by the eastern European country of Moldova are reportedly making their way into Russia via neighbouring Belarus, circumventing a ban recently imposed by Moscow on all fresh produce shipped from the former Soviet state and helping to safeguard a market that traditionally takes around 90 per cent of those fruit exports.

Belarus continues to have an open trade agreement with Russia, and according to Fruit Inform, Moldovan apple and plum exporters in particular are taking advantage of the situation to access the Russian market by what is effectively a back door.

“Moldova has sharply raised its apple exports to Belarus after [the] introduction of the ban on imports in Russia,” the website reported, citing foreign trade data.

During August, the data suggested, Moldova’s apple exports to Belarus were 2,300 per cent higher than in the same month of 2013, with plum volumes traded also increasing by around 500 per cent year on year.

“Fruit-Inform analysts believe that the largest part of those volumes was then re-exported to Russia as fruits of Belarusian origin. It was re-exports that had helped stop a rapid increase in prices registered in Russia in the first week after the ban.”

The website added: “This information is also confirmed by almost all large wholesale companies and supermarket chains in the Russian Federation.”