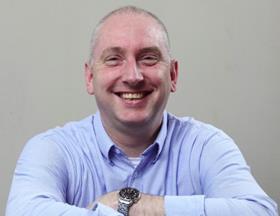 Damco has announced the appointment of Flemming Frost as its new chief executive for Europe, charged with the task of growing the logistics group's market presence.

Frost will take over the role at the freight forwarding and supply chain management specialist on 1 January 2012, replacing the outgoing Kim Hedegaard Sorenson as head of the group's European operations.

A logistics industry veteran, Frost has been with A.P. Møller-Maersk for 27 years, and leaves his position at Damco North Asia to take up the European CEO role, where he oversaw branch operations in mainland China, Hong Kong and Taiwan.

Working from the Damco European regional head office in Rotterdam, Frost joins the Damco Global Leadership Team and reports to Rolf Habben-Jansen, the CEO of Damco.

'Damco has a strong team in Europe and an exciting portfolio of customers, which will further enable growth, both in mature and developing markets,' said Flemming. 'The current economic climate puts a lot of pressure on customers' supply chain and transportation-related costs and I believe Damco is well positioned to help reduce these costs.'