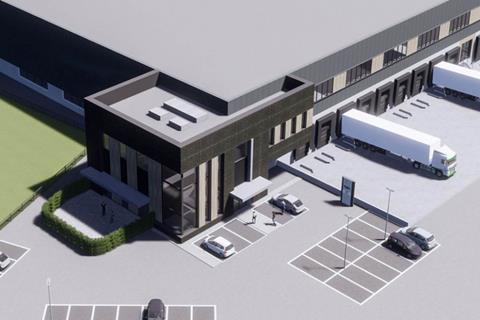 Dutch marketer The Greenery has confirmed plans to relocate it subsidiary Hoogsteder to a brand new, airfreight-ready distribution centre in mid-2019.

The Hoogsteder group, a major part of The Greenery that specialises in fruit and vegetable sales to markets around the world, will be joined by other wholly owned divisions including airfreight carrier Blue Sky Cargo.

Work on the new facility, which is located at the Prisma business park in Bleiswijk, began in early September. It will eventually form the centrepiece of Hoogsteder’s international produce business, acting as a hub for shipments to countries including France, Italy, Switzerland, the Middle East, the US and Japan.

Described as “future-proof” by The Greenery, the centre will consist of an 8,000m2 distribution platform plus offices, and will apparently be equipped to handle not only road and sea shipments but also exports for airfreight.

Individual packing rooms, including one certified specifically for Japan, will sit within easy access of a dedicated airfreight lane, while the 23 loading and unloading docks will be nearly double the number at its current location nearby.

Airfreight carrier Blue Sky Cargo, which is currently housed at a different location, will relocate to the new distribution centre as well.

Modern office space at the site, covering an additional 1,250m2, will accommodate over 50 employees.

Hoogsteder is very much at the heart of The Greenery’s international export business, supplying nearly all of the major retailers in France and Italy, while also serving the wholesale market in Spain.

Notably, it is believed to have the highest sales in France of any Dutch exporter operating in the country.

Within the group, the company E van den Berg specialises in supplying retail and wholesale customers in Switzerland and Austria, while Greenery Produce focuses on the Middle East, US and Japan.

Hoogsteder director Frans Scholts said he was looking forward to the move. “This is a big step forward,” he commented. “We are rationalising our commercial and logistical activities into a single central location.

“While this move represents progress in terms of efficiency and preparedness for the future, the new facility will also be more modern and sustainable and will include features such as the newest refrigeration technology and LED lighting. We intend to continue to develop our activities from this new location.”