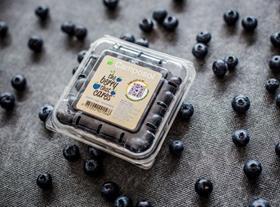 Peruvian blueberry and avocado exports to China increased by more than 70 per cent in 2021, as exporters were able to take advantage of lower shipments from Chile due to water and climate challenges, according to a report from Fresh Fruit Peru.

China imported US$443m of Peruvian fruits, vegetables and grains last year, of which blueberries, grapes and avocados, together accounted for 91 per cent of shipments. Fresh Fruit Peru said the poorly diversified basket of products was limiting Peru's growth in this market.

Peru managed to increase its participation in the Chinese market because Chile opted to prioritise the US market in light of its lower volume. Demand also increased, driven by the economic recovery.

Peru accounted for 26,874 tonnes worth US$68m, representing volume and value growth of 71 per cent and 81 per cent respectively.

Peru was the main avocado supplier to China last year, with a market share of 66 per cent, an increase of 9 per cent on 2020. Mexico was second with 18 per cent, displacing Chile who came third with 10 per cent.

Average prices in the Asian market were US$2.61 per kg, similar to the previous year. Peruvian avocados were priced at US$2.53 per kg, 6 per cent more than in 2020.

Chile achieved the best prices, averaging US$3.28 per kg, 7 per cent more than in 2020. Mexican avocados averaged US$2.52 per kg, 1 per cent down on the previous year.

As in the case of blueberries, Peru was able to increase its supply without affecting prices, because of Chile’s ongoing production problems due to water scarcity.