Peruvian table grape exports could top 71.5m (8.2kg) cartons in the 2022/23 campaign according to the latest forecast from industry association Provid. This would represent an increase of 11 per cent on last season. 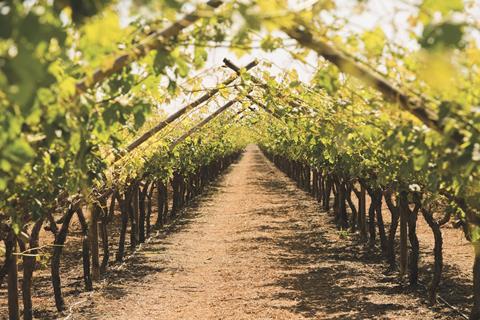 According to Dirk Winkelmann, president of Vanguard Direct, Peru looks set to overtake Chile as the leading Southern Hemisphere supplier. He expects Peru to get off to a similarly strong start to the campaign as last year. “The high temperatures in California and forecasted rain is a challenging recipe for the remaining grape crop in this region. Looking across the globe to Chile, they are also seeing weather challenges resulting in a drop in crop size by 10-20m cartons compared to last season,” he says.

“All this adds up to strong demand for Peruvian grapes out of the gate, and likely to stay that way well into our season.”

At the same time, Vanguard notes that that the logistical outlook – while still challenging – is not as bad as many had feared, and significantly better than last year. ”We aren’t seeing shipping costs escalating as high as we had predicted,” he says. “Don’t get me wrong costs are still definitely going up, but overall (knock on wood) we are predicting a smoother logistics season than we experienced last year.

Port issues are another area where the company sees some relief. Last year Vanguard avoided the Los Angeles and Long Beach ports completely, pivoting to the East Coast combined with cross-country trucking in pursuit of total shorter transit times despite the significant cost increase. With reductions in port congestion and container release times, the plan is to again utilise the West Coast routes this coming season.

While the supply chain situation may have eased, particularly in the US, Vanguard points out that there are reasons for concern in other parts of the world. “The European markets have several factors looming large – the exchange rate, inflation, the unrest in Ukraine/Russia,” says Winkelmann.

“Asia also continues to have Covid lockdowns and restrictions that affect demand and consumption. All of this translates into the potential for more ripple effects across multiple markets and the need for flexible plans and rapid responses.”

He is confident that Vanguard has the right team in place to deal with the uncertain outlook. “We are entering this season with a lot of experience, and with that comes confidence,” he says.

“We’ve created a strong and capable team in Peru and they have been instrumental in the growth we have had this past year and to our future development plans. This was not possible two years ago as finding qualified and driven people is always a challenge and takes time, but our team now is formed, mature, and carries an infectious positive electricity. Our global team is connected, excited, and eager for the season ahead.”

Meanwhile, the Peruvian sector continues to work hard to open new markets. This season will see the first exports to Japan, while negotiations with Chile and Japan are also reported to be at an advanced stage, with both markets expected to open in the short term.