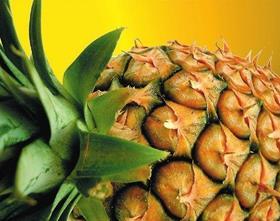 Costa Rican pineapples are reportedly on the verge of leapfrogging the banana trade to become the country’s leading agricultural export item in value terms, according to figures from the Foreign Trade Corporation of Costa Rica (Procomer) and published by Costa Rican daily newspaper La Nación.

In the 12 months to September 2009, Costa Rican pineapple sales were worth just US$30m less than bananas, Procomer said, and even exceeded returns during the first nine months of 2009.

Between October 2008 and September 2009, banana sales generated some US$604m, according to Procomer, compared with US$574m for pineapples.

Meanwhile, during the first nine months of this year (January to September), pineapple returns reached US$436m, just above the US$429m recorded for bananas.

The rise in Costa Rica’s pineapple trade is down to a combination of factors, according to Procomer, one of which is the growing impact of inclement weather conditions on the country’s banana plantations.

“The banana and coffee trades have registered a 22 per cent fall in export volume in 2009 – two clear examples of products which have faced adverse climate conditions this year,” explained Francisco Gamboa, Procomer’s director of market intelligence.

Meanwhile, planted area with pineapples has more than doubled from 15,500ha in 2002 to 32,500ha in 2007, according to the Costa Rican Ministry of Agriculture and Farming.