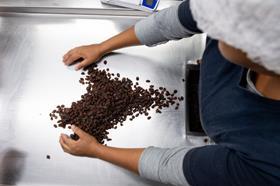 The South African raisin industry is working to counter the impact of the unusually heavy rains in the Northern Cape throughout December 2020 and January 2021, which is predicted to have an impact on the total export volumes of South African raisins this season.

The rainfall, spread over a 350km stretch along the Orange River Valley, has varied between 80mm–200mm during the last two months. Over the past three to five years, South Africa has received very little rain during harvest time.

Ferdie Botha, CEO of Raisins South Africa, assured of the organisation's efforts to reduce the impact of the weather.

“In order to mitigate any potential further damage to the product following the rains, Raisins South Africa and packers’ technical staff are currently engaged in frequent communication with the growers to ensure that the appropriate practices are implemented at farm level,' he said. 'These include the selection of fruit harvested to ensure good quality, canopy management and constant monitoring of the situation. However, we definitely expect a short crop this year.”

While South Africa was initially expecting to export 78,000 tonnes this year, the revised figure now indicates a drop of 15 per cent–20 per cent compared to the original forecast.

The unusual weather experienced along the Orange River has had an impact on the production of Goldens in particular, which represents 30 per cent of South Africa’s total crop. Growers are expecting damages of 50 per cent on Goldens volumes.

Raisins South Africa have also been working as a collective on re-positioning and relaunching one of its more economical lines, the WP raisin.

This product has been less impacted by the rains than Goldens, and due to a gradual recent increase in production volumes, it has now been officially rebranded as the SA Sultana, as a part of South Africa’s diversification of its product range with an ever-growing crop size.

The SA Sultana’s distinctive drying process, sugar rates and quicker production mean that this is a growing category with an anticipated 10,000 tonnes being produced and marketed internationally in 2021, Raisins South Africa noted.

A new trade-focused marketing campaign in the UK will highlight the USPs of South Africa’s rebranded product.

The Olifants River valley in the unaffected Western Cape, which represents 12 per cent of South Africa’s raisin production, has by contrast experienced good growing conditions this season.

As South Africa’s key production area of currants, the forecast for 2021 is looking promising with an increase in currant exports estimated to be between 4,000–5,000 tonnes.