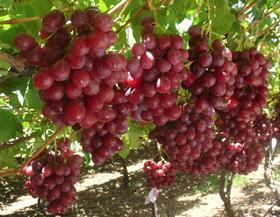 The diversity of South Africa as a leading table grape supplier has been demonstrated by SATI's move to once more lift the export forecast for 2020/21.

Despite the harvest in the Orange River coming up short compared to the pre-season estimate, it is now likely that the country could exceed 70m cartons for the first time in its history.

SATI announced today (4 March) that the final export figure is likely to reach between 67.2m and 70.9 million cartons.

The decision to lift the forecast was taken after the two earliest regions completed their harvests and against the background of ongoing favourable conditions in the three Western Cape production regions.

Earlier reported losses in the Orange River have well and truly been turned around in the later regions.

It is clear that the Northern region, the Olifants River, Berg River and Hex River Valley, will turn in record export crops, even at SATI’s lowest overall estimate.

The Northern regions have packed around 7.9m cartons – well up on the figure of two years ago and a great recovery from last season.

The Olifants River is expected to pack more than 4m cartons and has recovered from a number of years of drought.

In the Berg River region growers indicated that they would pack between 16.5m cartons and 17.3m cartons – beating last year’s record. The Hex River’s forecast has been left unchanged at between 20.6m and 23m cartons.

In retrospect, if rain had not caused major damage in the Orange River, this region would also have achieved more than 20m cartons.

From a marketing point of view the continued good conditions in the Western Cape are a boost for late market supply. It will also help the industry to supply areas outside the traditional markets of the UK and Europe more effectively.