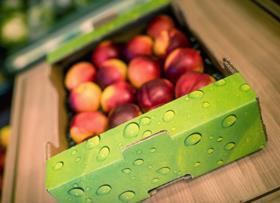 Keeping fruit and vegetables fresh and appealing can be challenging for retailers and their suppliers. While recent studies showed that corrugated packaging can keep fruit fresh for up to three days longer than returnable plastic crates (RPCs), new scientific work has revealed how.

This new research is the second study from the team at the University of Bologna’s Department of Agricultural Food Sciences in Cesena, Italy. The first investigated the exchange of microorganisms between packaging and fruit and proved this cross-contamination is more extensive in rpcs than corrugated packaging, packing fruit in both materials and then tracking the cell loads of the target microorganisms in various circumstances.

Building upon the results of the previous study, this investigation looked at the reasons for the difference in cross-contamination levels between rpcs and corrugated packaging. The team discovered that the higher levels of packed produce cross-contamination in rpcs were due to microorganisms surviving longer on plastic surfaces than corrugated. The researchers introduced both spoilage microorganisms – which affect shelf-life and quality of fruit – and pathogenic microorganisms – which can cause foodborne disease – onto corrugated and plastic surfaces and took samples at regular intervals. While the level of microorganisms decreased over time on both packaging materials, the fall was significantly faster on corrugated compared to the plastic crate samples.

The study then explored why microorganisms perished more rapidly on corrugated surfaces than on plastic ones. Their work revealed how microorganisms get absorbed and trapped in the corrugated fibres, then die there from lack of nutrients and water. The RPC samples, however, showed an impenetrable surface incapable of entrapping microorganisms and reducing the superficial contamination. This allowed microorganisms to remain longer on the surface, increasing their potential to cross-contaminate packed fresh produce. 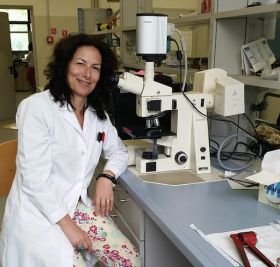 The team used an electron microscope to examine the contaminated surfaces. With corrugated packaging they saw the microorganisms had become trapped inside the corrugated fibres and were unable to reach the surface, severely reducing their ability to cross-contaminate packed fresh produce. With the plastic they found that the smooth, continuous surfaces were unable to trap microorganisms. In addition, they found tiny scratches that could easily fill with organic matter – particularly in worn RPCs. In suitable environmental conditions, this organic matter would allow microorganisms to multiply.

Through this research, Professor Lanciotti and her team (primarily Dr Francesca Patrignani and Dr Lorenzo Siroli) have strengthened the results of the previous study, which concluded cross-contamination of fresh produce is less likely to occur in corrugated than RPCs.

“This latest research of the University of Bologna confirms that corrugated packaging is the better choice by revealing exactly how corrugated reduces spoilage bacteria levels – minimising cross-contamination, ensuring fresh produce keeps its quality, shape, feel and taste and extending its shelf-life up to three days.”