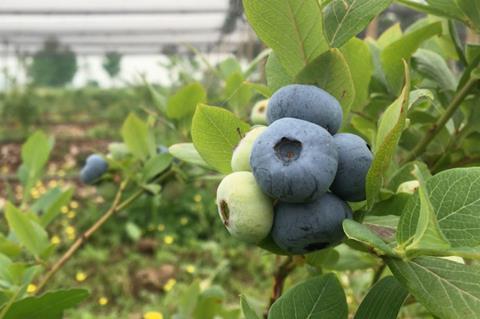 Serbian blueberries are apparently breaking new ground in the field of exports this year as interest grows in newly established commercial production in the country.

One group in particular, called Bluemond, appears to be leading the pack. The group is understood to have sent its first direct shipments to the UK and Netherlands during the past month, targeting a supply window that tends to emerge between the end of the Spanish season and the start of harvesting in Poland.

At various production sites in the region around Mladenovac, 50km south of Serbia’s capital Belgrade, as well as in Bajina Bašta in the west and in parts of the south, there is evidence that those backing Bluemond Farms’ growers – principally two key people, director Branko Bajatovic and head of technical services Aleksandar Milic – have done their homework.

For a start, the majority of the varieties being produced are Duke, Draper, Bluecrop and Huron – all varieties with an established pedigree in the marketplace – while the farms themselves are all equipped with the latest protective and productive technologies.

According to Bajatovic, Bluemond is well placed to build up its presence in the market.

“We’re all producing our own blueberries to an agreed high standard, rather than buying and selling, and we’re all going through the GlobalGAP certification process because that’s what the market requires,” he explains.

“We have a great opportunity here, with a good micro-climate, a good knowledge of blueberries and a willingness to learn.”

A full version of this story appears in the July/August 2016 edition of Eurofruit. Click here to subscribe.