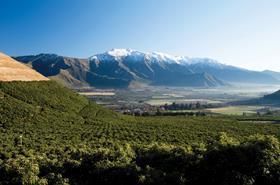 A shortage of Chilean avocados has caused prices to spike on the domestic market and brought the export campaign to an early end.

Cristian Soazo, commercial manager at Agricom, said growers were being paid up to US$4.90 per kg, while the retail price had reached US$6.50 per kg in recent days.

“The domestic market is crazily expensive. We are importing avocados from Mexico and now Peru to satisfy demand,” he told Fruitnet.

“With these prices the export season is over. I think we’ll see a drop in export volumes of more than 50 per cent compared to last year.”

Prices are so high that a Twitter campaign has been launched urging Chilean consumers to boycott the fruit until it becomes more affordable.

Regarding exports, Soazo explained that Chile has struggled to compete with the high volume of fruit coming out of Mexico and Peru.

“Our main competitor, Peru, flooded the markets everywhere, particularly Europe. At the same time, Mexico exported high volumes of avocado to the US at low prices, which in the end left us out of the market,” he explained.

He noted that some US retail programmes, which have historically been fairly stable, were cancelled as Chile’s internal costs left them unable to compete with Mexican supply.

“We managed to maintain our European supermarket programmes by maintaining a better quality of fruit on arrival than Mexico and Peru,” he added.

Sales in other markets have also also affected by lower-priced fruit from Mexico, notably in China and South Korea.

Soazo predicted that exporters would take a significant financial hit this season, both as a result of lost revenue and the cost of unused materials – particularly specialist packaging required for supermarket programmes.

Amid the gloom, Chile’s first season exporting to Australia heralded a promising development for the sector. Last year, Agricom and a number of other Chilean companies carried out trials of air and seafreighted avocado shipments to Australia, which were well received by the market.

“Overall, this first season was a success,” said Soazo. “Right now, Australia is the only market paying prices on a par with the domestic market.”

Soazo said that early indications suggest that production will return to normal volumes next season, as flowering and fruit set had been favourable.