Citrus acreage in South Africa has grown steadily over the last decade, driven by investments in export markets with relatively high returns, according to a new USDA-GAIN report. 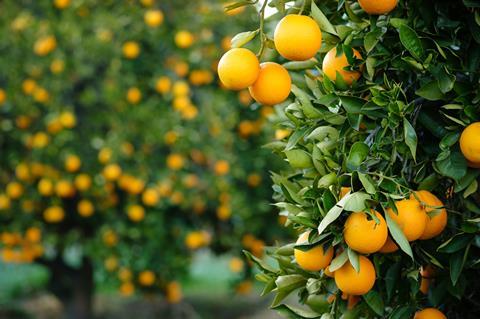 The country was on track to export a record 2.7m tonnes in the 2021/22 campaign. However, the report said the expansion of citrus plantations is expected to slow down in 2022/23 due to rising input prices, increased shipping fees, new phytosanitary regulations imposed by the European Union, inflationary pressure on consumers in key markets, and infrastructure inefficiencies.

“These factors are reducing the profitability of the sector, which translates into a containment of investment in the sector,” the USDA said.

Citrus in South Africa covers more than 100,000ha, of which orange groves account for approximately 47 per cent. The area planted with oranges has grown by almost 14 per cent in the last seven years, equivalent to average annual growth of 2 per cent.

The report said orange acreage growth was constrained by an aggressive shift towards citrus from the mandarin and clementine group in the growing regions of the Western Cape and Limpopo provinces.

Growth is expected to be minimal in the 2022/23 campaign with a total acreage of 48,130ha. The increase in the cost of agricultural inputs, higher shipping rates, the inefficiency of infrastructures –including interruptions in the electricity supply, the inefficiency of port operations and the deterioration of the road network– and the new phytosanitary regulations imposed by the European Union are reducing the profitability of orange producers and limiting further investment in the sector.

The Limpopo province is the main orange producing region in South Africa, accounting for 48 per cent of the total area, followed by the Eastern Cape (23 per cent) and the Western Cape (14 per cent).

Valencias account for around two-thirds of the total area of oranges and Navels for the remaining third. The predominant variety is Midnight, making up 25 per cent of the total area, followed by Valencia Late (10 per cent) and Delta (9 per cent).