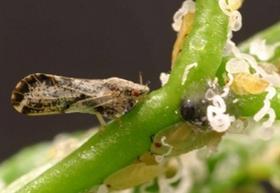 South Africa’s Department of Agriculture, Land Reform and Rural Development (DALRRD) has warned against the problems that citrus greening disease could bring to the country's citrus industry.

“Asian citrus greening is the most devastating disease of citrus worldwide and, presently, does not occur in sub-Saharan Africa,' DALRRD outlined. 'However, the Asian Citrus Psyllid was detected and is spreading in central-east Africa, and Huanglongbing (HLB) occurs in Ethiopia, Kenya, Mauritius and Reunion.'

“Considering the socio-economic value and the impact that citrus production has in the country, this pest must be taken seriously because citrus contribute immensely to job creation and economic growth,” the department continued.

South Africa’s Citrus Growers’ Association has also on several occasions in the past warned against the threat the disease poses the industry.

DALRRD pointed out that the South African citrus industry is the third largest horticultural industry after deciduous fruit and vegetables; and it is mainly aimed at export market.

“The industry contributed more than R20bn to the total gross value of South African agricultural production during the 2016/17 production season. It is an important foreign exchange earner and it employs more than 120,000 people.”

DALRRD said that any introduction, spread and establishment of citrus greening in the SADC (Southern African Development Community) region would result in immeasurable pressure on the citrus industry, given the other phytosanitary diseases and pests the citrus industry is battling with, such as citrus black spot, false codling moth and fruit fly.

The disease can be spread by the insect vector, as well as infected plant material. “Prevention, early detection and rapid response will entail a coordinated approach between DALRRD, Provincial Departments of Agriculture (PDAs) and industry to ensure growers are protected as much as possible from this disease.

“The National Plant Protection Organisation of South Africa (NPPOZA), within DALRRD, is already developing an early warnings system (EWS) for this pest in collaboration with the citrus industry and PDAs,' the department added. 'This is in line with the South African Emergency Plant Pest Response Plan (SAEPPRP).”

More stakeholders will be approached in the development of the EWS, to ensure all relevant state parties, as well as research organisations, commercial, small scale and subsistence producers are included.

“International travellers and the trading community are advised not to import host plant nursery material from any country into South Africa without following the necessary import procedures, as this may pose a threat of inadvertently spreading the disease or the vector.”