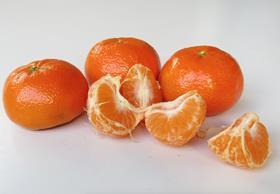 South African citrus exports will show another big increase in 2021, backing up predictions that the industry could hit 200m cartons in five years’ time.

Growth was confirmed in the first estimate for the season issued by the South African Citrus Growers’ Association (CGA).

Since 2016 citrus exports have increased from 103m cartons, an increase of 54 per cent.

The CGA said that as far as shipments from Southern Africa as a region are concerned, Eswatini (previously known as Swaziland) and Zimbabwe combined have also increased their export figures from 3.9m cartons in 2020, to an estimated 4.4m cartons in 2021.

The CGA said that soft citrus producing regions have projected the most significant growth of all the citrus categories this year. The country will export an estimated 30.5m cartons of soft citrus in 2021, which is 29 per cent higher than last year.

Navel oranges and lemons show a small increase compared with last year, while Valencia oranges (5 per cent) and grapefruit (16 per cent) have shown greater growth.

Late mandarin varieties in particular shown strong growth, with a predicted increase growth of 42 per cent this year.

Justin Chadwick, CGA chief executive, said that the chairperson of the Soft Citrus Focus Group had cautioned these estimates could be adjusted downwards once the season gets underway.

He pointed to the continuing drought in the Eastern Cape and wet conditions in the northern growing regions which may affect export volumes negatively.

The CGA said the medium-term crop estimates indicated that the citrus industry was expected to continue increasing its exports by another 300,000 tonnes over the next three years.

The growth projections for soft citrus, lemons and Valencia oranges alone indicated an expected additional R6.8 bn in foreign exchange earnings and the creation of 22,250 sustainable jobs over the next three years.

Chadwick said that, to maximise the potential of the citrus industry as a South African export industry, the industry would need government and other stakeholders to play their part.

“For example, we will be relying heavily on the efficiency of our ports in order to successfully ship the additional 13m cartons estimated for this year alone,' he said. 'We will also need to work hand-in-hand with government to secure, maintain and retain as many market access opportunities as possible. Optimising access conditions will be essential for the continued growth of our industry.”

The fast rate of growth this year and during the following few years will undoubtedly present new challenges in production infrastructure, logistics and international marketing, which could test the resilience of the sector.

At the same time industry leaders see continued investments as a mark of confidence in the future of the citrus export industry.