Southern Hemisphere citrus production is expected to reach 24.832m tonnes in 2022, an increase of 4.85 per cent on the previous year. Exports are projected to grow 4.91 per cent to 4.141m tonnes.

The figures, based on preliminary estimates by industry associations in Argentina, Australia, Bolivia, Brazil, Chile, Peru, South Africa, and Uruguay, were released by the World Citrus Organisation (WCO) at its annual general meeting on 1 June.

On the processing side, a total of 13.21m tonnes of citrus are expected to be destined to the juice market – an 8.32 per cent increase on last year.

The meeting also saw the re-election of WCO’s current co-chairs for a second term: South Africa, represented by Justin Chadwick of the Citrus Growers’ Association and Spain, represented by José Antonio García of Ailimpo.

Philippe Binard, WCO secretary general, commented: “Following the outbreak of the Covid-19 pandemic, a positive trend of consumers’ demand for fruit and vegetables was noted, in particular for citrus fruit, widely recognised for its high nutritional value, notably in terms of vitamin C content. The large volume available is positive news as it will meet this increased demand”.

Forecast information was followed by a review of the past season’s results and analysis of the estimations for the current season with a focus on ongoing market challenges, including rising costs and logistics disruptions. 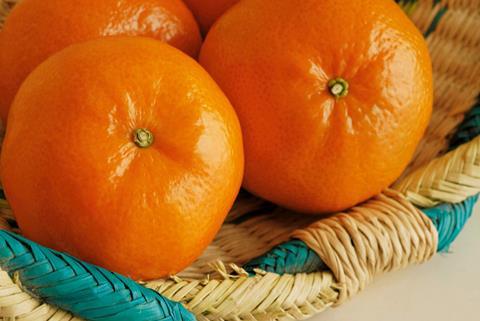