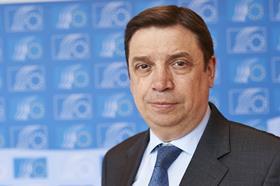 Spanish retailers and wholesalers who sell agricultural products at below-cost prices will face fines up of to €1m under new laws approved by the government last week.

The move, which takes immediate effect, is one of a series of reforms to the existing Food Chain Law designed to exert pressure on retailers to make pricing fairer and more transparent.

It follows weeks of demonstrations as farmers take to the streets to protest against low prices and rising production costs.

The new measures also make it mandatory for production costs to be taken into account in contractual relationships to ensure that the price agreed between the producer and buyer covers the cost of production.

The new law also includes a requirement for promotional activities to be carried out in the mutual interest of both parties in order to prevent retailers from “misrepresenting the price or image of the products or impairing perceptions as to their quality and value”.

It states that previously minor infringements that devalue the food chain will be considered “serious infractions and subjected to serious sanctions”.

Luis Planas, the Minister of Agriculture, Fisheries and Food, said the measures are designed to strengthen existing food legislation, particularly on the issue of selling products at below-cost prices.

“The reform will allow agricultural and livestock producers to have a stronger negotiating position, and create greater balance in the food chain,” he said.

Planas stressed that the new laws would not lead to higher consumer prices “provided each member of the supply chain assumes their responsibility”.