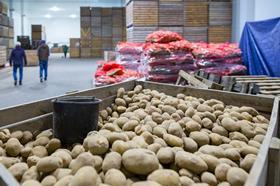 Spanish imports of fresh fruit and vegetables continued to climb in 2021, according to data from the Department of Customs and Special Taxes.

The data, processed by Fepex, showed that vegetable imports grew 1 per cent to 1.5m tonnes, but fell slightly in value, down 1 per cent to €887m.

While the potato remained the most imported vegetable, with 878,123 tonnes at a value of €225m, this actually represented a decline of 4 per cent in volume and 14 per cent in value compared with 2020.

According to Fepex, green bean imports were high at 118,264 tonnes and €135m, although they also fell 10 per cent in volume and 5 per cent in value.

Fepex highlighted the strong growth of avocado imports, which grew 22 per cent in volume and 20 per cent in value, coming to 214,202 tonnes and €412m.

Kiwifruit, pineapples and apples were also among the most imported fruits, although apples actually fell in both volume and value compared with 2020.

'For Fepex, the 2021 statistics show a remarkable dynamism in the Spanish import market, especially worrying is the growth in products that are deeply rooted in Spanish fruit and vegetable production, such as tomatoes in the case of vegetables and apples in the case of fruits, among others,' Fepex said.