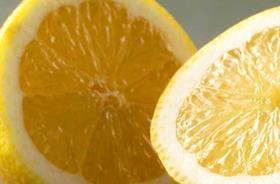 The 2015/16 Spanish lemon campaign, which gets underway in the coming weeks, will bring a drive into new markets outside of the European Union, according to Fermín Sánchez of Murcian grower-exporter Gruventa.

Sánchez said the growing internationalisation of Spanish lemons meant the UAE and Canada would be added to the company’s growing list of export markets this season, during which it also hoped to make further inroads in Asia.

The latest forecasts from Ailimpo put the crop at 850,400 tonnes, a 23 per cent decrease on last year’s record 1.1m-tonne harvest. The fall is due mainly to adverse climatological conditions during blossoming and fruitset. As a result there is fewer fruit on the trees, but sizing and quality are reportedly excellent.

“Commercially, we’re expecting this to be a highly dynamic season,” Sánchez said.

Gruventa markets around 35,000 tonnes of fruits and vegetables a year, of which citrus accounts for around 30 per cent.

Sánchez added his voice to growing calls within the sector for the creation of a quality label for Spanish lemons, which he said would “help the country to differentiate its offer from that of its competitors and boost industry efforts to establish promotional campaigns in new markets”.