Strong fruit and flower exports helped offset a contraction in Colombian agriculture in the third quarter of 2022 according to a new report by Grupo Bancolombia. 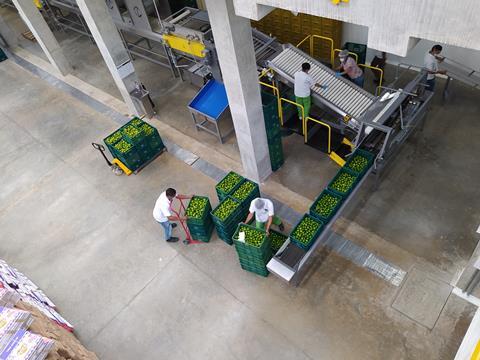 Colombian lime production is on the rise

The fall was mainly down to the impact of La Niña on coffee production and the challenging logistics scenario. “Agro-exportables help to somewhat offset the falls in other crops,” the report stated. “Flower exports increased almost 30 per cent in value, and foreign sales of fruit were also up.”

The report added that while the global economic slowdown was causing concern in the flower market, prices continue to be the focus in the avocado and banana sector.

“The good news for the banana market comes with the rise in spot prices. The growth in costs in 2022 put pressure on margins amidst fruit prices that in Europe have remained stagnant,” it said.

“If we add higher expenses due to new regulations such as due diligence, which will require European supermarkets to measure the environmental and reputational risk of each banana supplier, it is a good sign that the wholesale prices of Latin American bananas in Europe have been recently on the rise, being around 15 per cent above last year’s.

“High volatility in the spot market (Ecuador), together with the increase in wholesale market prices, will be key for Colombian companies when it comes to renegotiating banana sales contracts.”

The report said strong growth in Peruvian avocado production had put pressure on the market and posed a new reality for prices.

“Peruvian avocado exports, which reached a record of 540,000 tonnes in 2021, grew 11 per cent between January and September 2022. This pushed down prices in the main markets (EU and US) and meant a 12 per cent drop in the implicit export price for Colombia (average as of September), even though the harvest windows of both countries only overlap in a few months.

“Under a scenario where thousands of hectares in the world (especially in Peru) are gradually entering the productive stage, and imports from new markets (China) are not growing as expected, the international price of avocados could remain under pressure for some time.”

Bancolombia further noted that exports of Colombian Tahiti lime were following the same trajectory as avocado.

“While in 2020 the export ratio in tonnes of avocado versus limes was 2.5 times, for this year it has been 1.8 times, and exports of limes continue to accelerate.

“It is reasonable to envision the combination of avocado in the mountains and citrus in the valleys of the mountain ranges in Colombia, where the ecosystem varies greatly.

“In addition, this is also reasonable from a market point of view when taking into consideration that importers abroad are interested in suppliers that can deliver a diverse supply of fruit in the widest possible time window and, of course, with the best quality possible.”