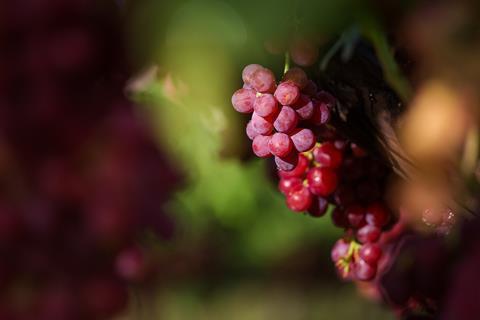 SATI’s warning of a drop in South African grape export volumes in December has been confirmed, with the Orange River season about to end early and growers there facing huge challenges to survive.

The industry body stated that the country’s export crop was likely to drop by some 15 per cent this season compared to last year’s total.

The December prediction was that the country would export around 66m cartons, some 8 per cent down on SATI’s first crop prediction in November.

Export yields in the Orange River region could be down by more than 30 per cent compared with last year.

Leading producer and exporter Alwyn Dippenaar of Dippenaar Choice Fruit said the harvest in the region was basically over. “It is a disaster for all growers here and it will certainly affect all growers negatively.”

Dippenaar said it was difficult to remember when growers in the region last experienced such a difficult campaign. “It reminds one of the late 1990’s and the industry will definitely contract with job losses,” he noted.

In December, SATI warned that the Orange River crop had decreased significantly. “Unfavourable weather conditions during the growing and harvesting season has resulted in an earlier than usual harvest and lower volumes than anticipated,” the body said at the time. ”It is expected that the supply of white seedless grapes may be constrained during the next few weeks.”

SATI’s estimate for the Orange River in December pointed to a crop of 16m cartons (4.5 kg equivalent) which would have been 28.4 per cent lower than last season and 18 per cent down on the initial crop estimate of 19.5m cartons.

Dippenaar said that harvesting and packing would wind up over the next week or so. “Normally growers pack over a much longer period which ended around week 4 to 6.”

Recent power cuts of up to level six (around ten to 11 hours a day) have been the final nail in the coffin, according to Dippenaar. “We had to spend huge amounts on diesel generation to water our vineyards and keep cold stores running. We will not be able to re-coup that.”

Problems with the country’s electrical supply could be devastating for the future of the industry. “Where we could, we moved to solar power, but we cannot sustain our businesses on solar power only,” he continued. ”The problem is that we do not expect any significant steps to turn the electricity supply around during the next two years as we move to elections in 2024.”

SATI had previously said that grape volumes from the early Northern Region were expected to drop more significantly than elsewhere.

“Volumes are expected to contract further than figures quoted in the initial crop estimate,” SATI had noted. “Revised volumes for the region anticipate 5.1m cartons (4.5 kg equivalent) to be inspected for export. This represents a decrease of 31.5 per cent compared to the previous season and 17.7 per cent decrease compared to the first crop estimate.”

Exporters have pointed out that significant shipments in the early weeks may have created market expectations that South Africa was on target for a big export crop.

With the reality of lower volumes emerging from the vineyards, there may well be a shortage of South African white seedless in January in markets in the UK and Europe.

Power supply problems are also affecting supporting industries. With retail business relying more and more on punnets, suppliers are unable to meet grower demand. This will mean that South African exporters will struggle to meet commitments for punnet shipments later in the season.

A positive note is that after some rain at the start of the season in the Western Cape, the regions of Paarl and Hex River Valley are experiencing excellent weather as they gear up their harvest.