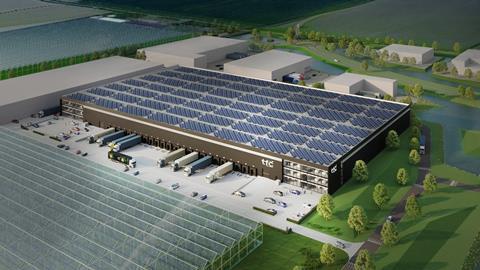 Tropical fresh produce supplier TFC Holland has confirmed it plans to relocate to a new, larger packhouse facility in Waddinxveen in early 2023.

The move, which takes place on 9 January, follows a period of increased demand and sustained growth for the importer, which became part of German group BayWa back in 2016.

“This state-of-the-art facility will significantly increase our production capacities,” says chief executive officer Falk Schlusnus. “At the same time, we are investing in the highest standards of quality, efficiency and sustainability.”

“With this investment, we are not only bringing TFC into a new era but also contributing to ensuring that our BayWa Global Produce family can continue to be the reliable, efficient and innovative partner for its stakeholders,” Schlusnus explains.

“Many of our highly experienced employees of many years’ standing will also be there for you at the new location. The best conditions for a successful future together!”

The new facility features Softripe chambers and will house some of the company’s existing machinery from its old site.