Things looking up for RSA grapes 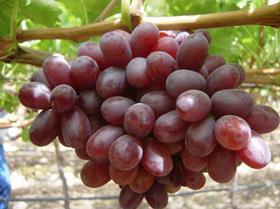 It is amazing what one month does in the lives of those working in South Africa's fresh produce export industries.

A month ago, after rain in the Orange River, things looked bad for the region. Now the Orange River is emerging with a much better export figure than expected, while around it growers in other areas could set new records if the favourable conditions continue.

The Orange River is set to hit around 18.3m cartons, which is somewhat lower than the original estimate, but much higher than the second estimate of less than 16m cartons made in January.

Growers in the region have said that, despite considerable losses, they have still come close to the estimate. This indicates that, come a normal season, the region will be ready for considerable growth.

SATI believes that the final export figure will now end up somewhere between 65.3m and 69.8m cartons. If it ends up at the higher end, and possibly even breaking through 70m cartons, it will be a record export crop for the industry.

One does not have to look far to see where this good performance has come from.

In the northern regions, which have just about completed their harvest, the latest figures indicate that a record volume of around 7.8m cartons have already been packed.

The Olifants River has already achieved a record volume of 3.24m cartons and could reach 4m cartons for the first time.

In the Western Cape, the Berg River region could also surpass last year’s record volume, while the Hex River could end up at between 20.6m and 23m cartons.

The rest of the harvest season will obviously be determined by what happens in the Berg River and Hex River regions. Crucially, in the Hex River Valley the harvesting of the mainstay of production there, Crimson Seedless, has started.

In terms of shipments, most destinations, except the European Union, have received fewer grapes so far than at the same time last year.

This is the result of the season starting some ten days later than normal. So far, just over 41m cartons have been shipped, compared with 44.6m at the same time last year.