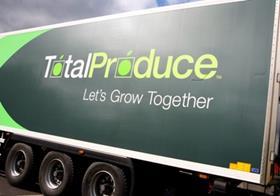 European fresh produce giant Total Produce has confirmed that, as a result of 'satisfatory' trading through the first four months of 2015, it is increasing its full year adjusted earnings per share target.

According to the company, the EPS target has been pushed into the upper half of the previously announced range between 9.20 cent to 10.20 cent.

Since the year end, the group has completed the acquisition of a 50 per cent shareholding in the Gambles Group, based in Toronto.

Gambles was founded in 1989 and is one of Eastern Canada’s premier fresh produce companies with 2014 sales of CAD$170m and employing over 280 staff, serving the retail, wholesale and food-service sectors. This is the fourth acquisition by Total Produce in North America since 2013.

The final dividend of 1.763 cent per share, a 6 per cent increase on last year and subject to shareholder approval, will be paid on 22 May 2015.

'Total Produce is in a strong financial position and continues to pursue attractive acquisition opportunities to further expand the Group,' a statement read. 'The Group will also purchase Total Produce shares in the market as appropriate, subject to the annual shareholder approval at its General Meeting today.'