Tough decisions ahead for South Africa 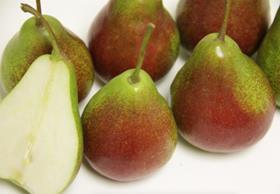 Pear exporters said that it was not just a matter of switching the fruit intended for Russia to other markets.

“Russia normally receives a specification of fruit which we cannot offer to other markets,” said Gysbert du Toit, marketing director at Dutoit Agri at Ceres.

The South African table grape sector is less exposed in the current situation, according to AJ Griesel, chief executive of SATI.

“We have not offered specific advice to exporters, and we believe that the current volumes intended for Russia can relatively easily be absorbed elsewhere,' he confirmed.

South Africa abstained yesterday during the special vote at the United Nations aimed at condemning the Russian action.

The government is in a difficult position because it is a member of the BRICS block (Brazil, Russia, India, China, and South Africa) and the ANC-led government also has very strong direct links with Russia dating back to the Apartheid days.

Observers pointed out that the South African fruit industry was in need of the favour of other countries, such as the US, the EU and the UK, to dispose of its fruit successfully.

They fear that South Africa's position could have a negative effect on fresh produce trade agreements with these countries as it seeks better trade conditions.

Du Toit said that while his company had put shipments to Russia on hold, critical decisions would have to be taken regarding strategies for harvesting the rest of the pear crop.

“We ship mostly Class II fruit to Russia, and we will probably have to put a larger portion of the crop into processing and only bring the best quality into our packing facilities to pack for other markets.'

He said that a suspension of payment transfer systems dramatically increased the risk for exporters and they would have to take tough decisions to counter those risks.

Meanwhile, the South African Citrus industry is preparing its seasonal plans this week with the first crop estimate expected next week.

The South African citrus industry has by far the largest shipping programme of all the fruit export categories from the country and long-term disruption could have a major effect on the industry.

In terms of the Russian market, the South Africans to a large extent make use of conventional shipments, presented through a partnership between Seatrade and the Baltic Shipping Company.

It is understood that around 75 per cent of South African citrus shipments of between 200,000 and 250,000 pallets are handled by the partnership annually.

The partnership normally undertakes weekly sailings from the middle of April from South African ports, finally ending up at St Petersburg.

Anlin Shipping is the South African coordinating agent for these conventional shipments and the company said that at present it was planning for normal shipments.

“We hope all will be resolved and we are planning on the basis of normal shipments,” said Charles Gantz of Anlin Shipping.