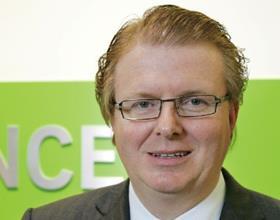 Hein Deprez is chairman and majority shareholder of Univeg, Greenyard Foods and Peatinvest

The directors of Belgium-based fruit and vegetable giant Univeg have revealed they are to discuss a potential merger with processing firm Greenyard Foods and horticultural substrate specialist Peatinvest, a move that would create the world’s largest fresh produce company.

Greenyard Foods, which changed its name in September 2013 from PinguinLutosa after the sale of its Lutosa potato business to McCains, is currently listed on the Euronext stock exchange, so the move will add further fuel to rumours circulating last month that plans are afoot to take Univeg public.

In February, Belgian newspaper De Standaard claimed that Univeg’s chairman and majority shareholder Hein Deprez wanted to sell the company in an initial public offering during the second half of 2015.

In a statement, the company’s board said it believed a “business combination” of the three groups had the potential to create “a unique global player in the fruit and vegetables market capable of offering the full range of fresh, frozen and canned products”.

Combining Univeg with Greenyard Foods and Peatinvest would in theory create a global market leader in the fruit and vegetable business, with combined revenue in excess of €3.7bn eclipsing the sales of even the largest multinationals currently operating in the business.

Hein Deprez, chairman of Univeg, is also chairman of Greenyard Foods and Peatinvest – both of which have their headquarters in Belgium.

At Greenyard, via Deprez Holding, Food Invest International and 2D, he is also the controlling shareholder of the company, with around 46 per cent ownership. He is also the major shareholder in Peatinvest.

Commenting on the proposed merger, Deprez commented: “Creating a combined group offering fresh, frozen and canned fruit and vegetables would be beneficial to growers, retailers, consumer, employees and shareholders. We believe societal trends call for a more holistic view on fruit and vegetable consumption.”

Univeg’s statement added that discussions were still due to take place regarding the value and specific detail of any such deal.

“No final decision has been reached regarding the structure of any business combination,” the group added. “In the meantime, there can be no certainty on any agreement between Univeg, Greenyard Foods or Peatinvest, or as to the terms of any such agreement.”