US apple exports to Asia dive 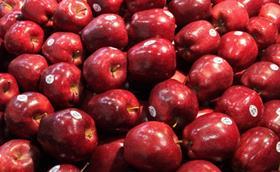 The US Apple Association has revealed apple exports to China South-East Asia have declined by 40 per cent in the last three years.

The industry body said the drastic drop in exports was especially being felt as the region began Lunar New Year celebrations.

“There is a long, rich heritage in South-East Asian countries of gifting apples as a gesture of friendship and good health during Chinese New Year,” said USApple president and chief executive Jim Bair.

“This tradition helped carve a prominent space for US apple exports for those celebrations. Sadly, this year most of those apples won’t be from the US.”

This is in comparison to what was a 32 per cent average annual export from Washington State prior to retaliatory tariffs being put in place in 2018. Current Chinese tariffs on US apples are at 50 per cent.

“Sadly, we lost the momentum and growth potential due to the confluence of excessive tariffs, as well continued supply chain and shipping issues. We are continuing to urge the administration to find a solution that will ease the tariffs on US apples.”