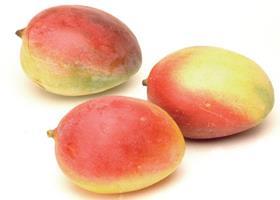 The US National Mango Board has revised its forecasts for the 2009 summer import season for mangoes arriving from across Latin America, including supply giant Mexico as well as Nicaragua, Guatemala and Haiti.

Mexico’s season started in late January and, according to NMB’s projections, supplies will end at the beginning of October with an estimated 40.5m (4kg) cartons set to be absorbed by the US in total. The figure is down slightly from the 40.8m cartons exported in 2008, according to figures from the Mexican Exporters and Packers Association (EMEX).

Since late May volume from Mexico has been tracking higher than last year, reaching a peak of approximately 2.25m cartons in the week ended 25 May, compared with around 1.5m cartons during the same period last year.

Nicaragua, meanwhile, ended a successful season on 23 May, according to NMB, shipping approximately 640,000 cartons of mangoes to the US.

The Guatemalan mango season began in late February and will last until the end of May. An estimated 3.6m (4kg) cartons will be exported to the US, with the peak season expected to take place in April. Shipments will mostly comprise Tommy Atkins, accounting for 90 per cent of the volume.

Haiti, meanwhile, began shipping mangoes on 30 March, and according to forecasts from the National Association of Mango Exporters from Haiti (ANEM), the volume earmarked for the US this season will reach around 2m (4.5kg) cartons, comprising mainly the Francis variety.