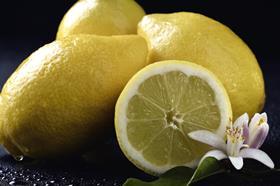 The Spanish Verna lemon crop is expected to weigh in at 190,000 tonnes in the 2022 campaign, which kicks off in April.

Interprofessional association Ailimpo said volumes are significantly down on last year due to adverse weather conditions affecting flowering and fruit set in some production areas.

The Verna season complements Spain’s Fino lemon commercial window, since the bulk of its harvest takes place from the beginning of spring to the end of summer, allowing producers to meet consumer demand for European lemons year-round.

As part of its Welcome to the Lemon Age marketing campaign, Ailimpo is targeting children, for whom it claims Verna is an ideal option due to its lower acidity.

“More and more Spaniards consider lemons essential in their pantries, except in the case of households with children up to 15 years of age, which only represent 19.7 per cent of consumption, according to data provided by the Ministry of Agriculture, Fishing and Food,” Alimpo said.

“For this reason, the Verna lemon is an ideal option to introduce the smallest of the house to the taste for this citrus fruit.”

The interprofessional cited the fruit’s multitude of nutritional properties and health benefits, such as being an important source of vitamin C, a nutrient that contributes to the production of collagen, and helps the body to generate the reduced form of vitamin E, which reduces fatigue and optimises the absorption of iron.

“The attributes of the Verna lemon are similar to those of Fino, the most widespread variety in Europe. However, it is worth noting the lower acidity of its juice, a singularity that makes it a good ally to seduce those who try it for the first time,” Ailimpo said.

“Similarly, it has a more intense yellow colour than its older brother, its skin is somewhat thicker, it has a more oval shape and inside there are only between three and four seeds per fruit.

“In addition, Verna is an original and representative lemon from the Vega del Segura, although it is also grown in the fields of Andalusia, especially in the province of Malaga. In fact, it is a native Spanish variety and unique in the world, which gives it a very special character.”