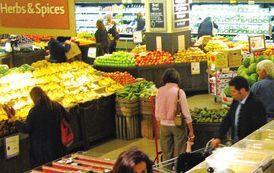 Whole Foods Market has cut back its ambitious store opening programme for the coming year after posting disappointing second quarter results last week. CEO John Mackey said the company had scaled down the number of stores it planned to open in 2009.

“We are lowering our expected new store openings in fiscal year 2009 to 15 from our prior range of 25-30,” he said. “While we were ready to execute on the acceleration in our store openings, we now wish to take a more conservative approach to our growth and business strategy over the short term.”

The retailer will also reduce the average size of new stores by about 9,000ft2 each. “We are focused on the right stores size for each market,” he said. “We see that really large stores are very powerful in limited markets and circumstances, and that smaller stores can also produce great results for us.”

The Austin, Texas-based natural and organic foods supermarket saw its net income fall more than 30 per cent to US$33.9m in the 12 weeks to 6 July 2008 due to the costs related to its acquisition of Wild Oats and weaker consumer spending. The company also reported pre-tax losses of £9.9m (US$19m) in its first year of UK operations.

Whole Foods shares have lost nearly half their value this year and Mr Mackey said he is under no illusions about the economic outlook in the next few months.

“Today’s economic environment…is the most challenging I have experienced in my 30 years in retail,” he said. “Consumer confidence for June hit its lowest level in more than a decade.”