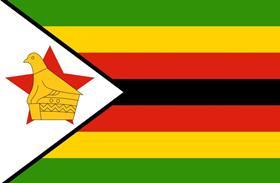 News sources in Zimbabwe have said hopes for an economic turnaround in Zimbabwe are fading after US president Donald Trump signed into a law a Bill extending sanctions that were imposed on the country back in 2001.

The new Bill states expectation in the US for a free and fair election. The recent presidential election, which was the first since the long-surviving Robert Mugabe was ousted from power, ended in some disarray with the opposition approaching the courts to have the result declared invalid.

This weekend the inauguration of President Emmerson Mnangagwa - after a very narrow victory - was postponed to allow the court process to continue.

Mnangagwa, who is seeking to reverse Zimbabwe's economic isolation and attract desperately needed foreign investment, had vowed the elections would turn a page on Mugabe's repressive 37-year rule. The new US law states that Zimbabwe must make credible progress towards holding free and fair elections, restore the rule of law and ensure military subordination to the civilian government, among other desperately needed reforms.

It’s a test Zimbabwe seems to have failed after the main opposition, the MDC Alliance, led by Advocate Nelson Chamisa, alleged that the elections were rigged by the Zimbabwe Electoral Commission in favour of the ruling Zanu-PF.

Earlier this year, after the ousting of Mugabe, the country’s fresh produce industry was hoping for a new era during which the country’s fruit could be exported to the world’s markets.

While the Chinese government reacted speedily by offering the country a new citrus export deal, and avocado producers in the south-east stepped up exports to Europe, the US decision is seen as a setback.