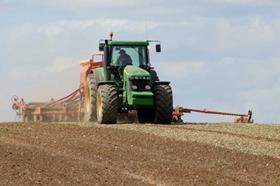 The NFU has hailed the introduction of the Agriculture Act as a ‘landmark moment’ for post-Brexit farming, marking more than two years of campaigning to improve the Bill.

The body said that since the first version of the Bill was published in 2018, significant improvements have been made “to ensure the importance of food production and food security are properly recognised”.

The final legislation also includes a requirement for a report to be presented to parliamentfocusing on the impacts that future trade deals could have on the food and farming sector.

Further amendments to the Trade Bill are expected to assign thisresponsibility to the Trade and Agriculture Commission.

NFU president Minette Batters said: “As the first domestic legislation covering agriculture for over 70 years, this really is a landmark moment for our food and farming industry. Simply put, the Agriculture Act will set how we farm in this country for generations to come.

“Getting to this point has not been easy. Two years ago, when the Bill was first published, the clear absence of food production and food security troubled many.

“The NFU made the case at the highest levels of government that this piece of legislation needed to recognise the role of farmers as food producers and I am pleased it now does that much more robustly.”

Batters added that the Act will “play a crucial role in ensuring our farmers are not undercut in future trade deals by food imports that would be illegal to produce here.”

However, she stressed thatthe introduction of the Act does not mean the issue of domestic agricultural policy is “solved forever”.

“Farmers across the country find themselves in uncertain and challenging times,” she said, “and it is crucial that the government continues to work with the NFU and our members to shape how they use the powers granted to them in the Agriculture Act.”

The government said the Bill will help farmers operate more sustainably, as well as staying competitive, increasing productivity, investing in new technology, and seeking a fairer return from the marketplace.

Beginning next year, farmers will have a seven-year transition period to adapt to a new agricultural system, with Direct Payments being phased out further during this period.

Farmers and land managers will also be able to apply for alternative support during this time, with productivity grants on offer next year. Countryside Stewardship schemes will remain open to new applications in the first few years of the agricultural transition period.

The government said further details will be announced in late November.

The Agriculture Bill sets out how farmers and land managers in England will be rewarded in the future with public money for “public goods” – such as better air and water quality, wildlife, soil health, or measures to reduce flooding and tackle the effects of climate change, under the Environmental Land Management scheme.

These incentives are designed to help achieve the goals of the government’s 25 Year Environment Plan and its commitment to reaching net zero emissions by 2050.

This new system will replace the Basic Payment Scheme subsidy system, which generally pays farmers for the total amount of land they farm, with payments skewed towards larger landowners.

“The funds released as a result of the phasing out of the legacy Basic Payment Scheme (BPS) will be re-invested into a roll out of our future farming policy, which will be centred around support aimed at incentivising sustainable farming practices, creating habitats for nature recovery and supporting the establishment of new woodland and other ecosystem services to help tackle challenges like climate change.

“We will support farmers in reducing their costs and improving their profitability, to help those who want to retire or leave the industry to do so with dignity, and to create new opportunities and support for new entrants coming into the industry.”

Under the Act, the government will report on UK food security to parliament every three years. The first report will be published at the end of 2021 and will include analysis of the impacts on food supply of the coronavirus pandemic, as well as covering the global availability of food, food safety and consumer confidence.