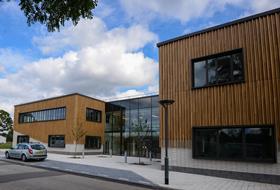 While still awaiting a decision on its future by ministers in England, Scotland and Wales, AHDB said in a statement last week (13 May) that it wants to reassure levy payers their views have been heard following recent ballots in the two sectors.

AHDB is now stopping programmes of work that could be restarted in the future by grower associations, individual growers or the supply chain, it announced.

AHDB said it will continue to deliver limited emergency work on pests and diseases, including the Extension of Authorisation for Minor Use (EAMU)s and some contracted research work.

'This limited work will be continued in the interim as it would be difficult to restart and would be detrimental to the industry to stop whilst a managed transition or a different funding mechanism is considered as part of any ministerial decision on the future,' AHDB said in a statement. 'Already contracted research work in horticulture is planned to be funded through to completion and findings made available to growers.'

Interim CEO Ken Boyns said this is the responsible thing to do while waiting for ministers to decide on the future of the horticulture and potato levies. 'In the interim we are committed to minimise expenditure,' he said.

Levy return forms will be issued by post and email over the coming fortnight in line with AHDB’s legal obligations, but invoices will not be issued until ministers have made a decision on levy rates.

Boyns urged levy payers to be patient in this period of transition. He said: “We are taking a responsible approach in winding-down our work programmes for the horticulture and potato sectors. In addition we have to recognise operational liabilities associated with contracts, people and assets. This means that some level of levy will be needed in 2021 to supplement sector reserves to cover these costs as we manage the change.

“Additionally, AHDB is legally obliged to collect a levy until such time as parliament amends the legislation. However, at this point we are asking for the data to be provided through the levy return process. Invoices will not be issued until we have Ministerial decisions.

“I would also hope that even those who voted against continuation will understand that it will take a little time to make the changes that we need to make. We have a large number of knowledgeable and conscientious staff whose future is now uncertain given that we will be making substantial reductions in our headcount over the coming months and we would ask growers to respect the contribution they have made to horticulture and potatoes and the personal empathy required as we implement these changes.”

Prior to the ballots, AHDB had already committed to an extensive change programme.

It has promised regular votes for all its levy-paying sectors – which also include beef and lamb, pork, dairy, cereals and oilseeds, starting in 2022, as well as an overhaul of governance and a tailored approach to each individual sector.

AHDB said it is committed to listening to levy payers and delivering key activity farmers, growers and the supply chain see value in and support. AHDB will be sharing these plans and announcing wider changes over the coming months.