An apple a day can 'stop muscles wasting away' 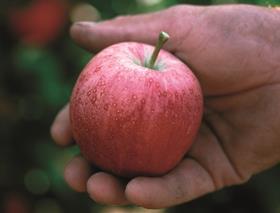 An apple a day could help prevent muscles wasting away in older adults, new research claims to have shown.

A chemical found in the peel of apples can turn elderly people's muscles into those of a young adult after just two months of treatment, said scientists from the University of Iowa.

Their research found that both apple peel and green tomatoes have natural chemical properties which could turn back time for worn-out muscles.

Now the researchers hope the discovery could lead to new therapies targeting pensioners and other older adults enabling them to keep fit and active for longer.

Muscle wastage in old age is caused by a protein called ATF4 which changes the formation of genes, starving muscles of the proteins they need to remain strong leading to a loss of mass and, subsequently, strength.

But two natural compounds can reduce ATF4 activity, scientists from the University of Iowa claimed in the Journal of Biological Chemistry.

One of those, they noted, is ursolic acid, which is found in apple peel, and the other is tomatidine, which comes from green tomatoes.

'Based on these results, ursolic acid and tomatidine appear to have a lot of potential as tools for dealing with muscle weakness and atrophy during ageing.